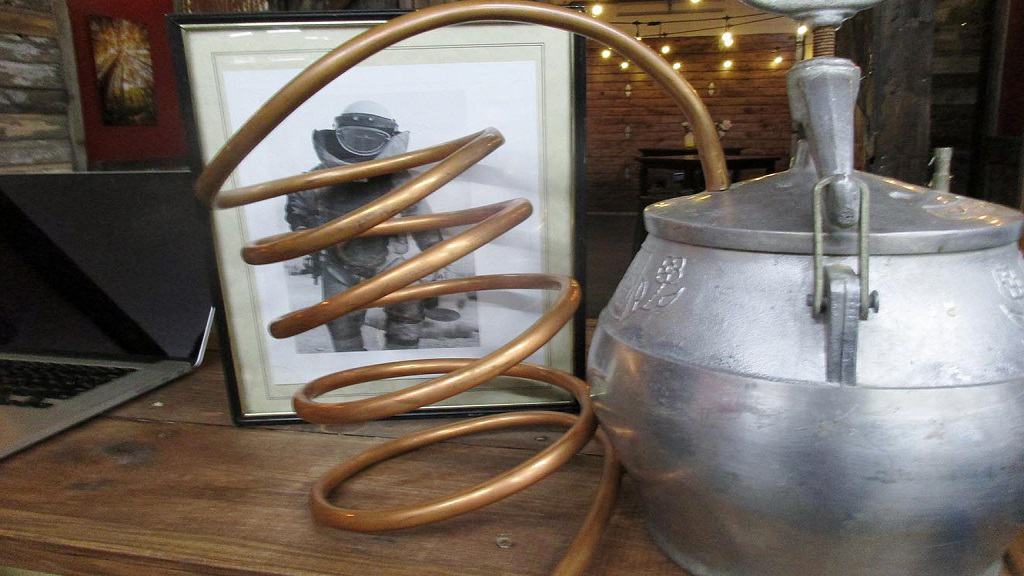 Everyone can make moonshine and yes a little learning goes a long way if you are totally green in it. However, it takes skill and some experience to make the finest. Ideally, you will have to do it over and over, with some improvement every time you are at it to perfect your craft. Additionally, the pride of keeping this rich culture alive is very fulfilling if not outrightly thrilling.

First things first, moonshine is made through a process known as distillation. Before you get started however, it is important to note that it is illegal to distill spirits at home and this article is strictly for informational purposes. 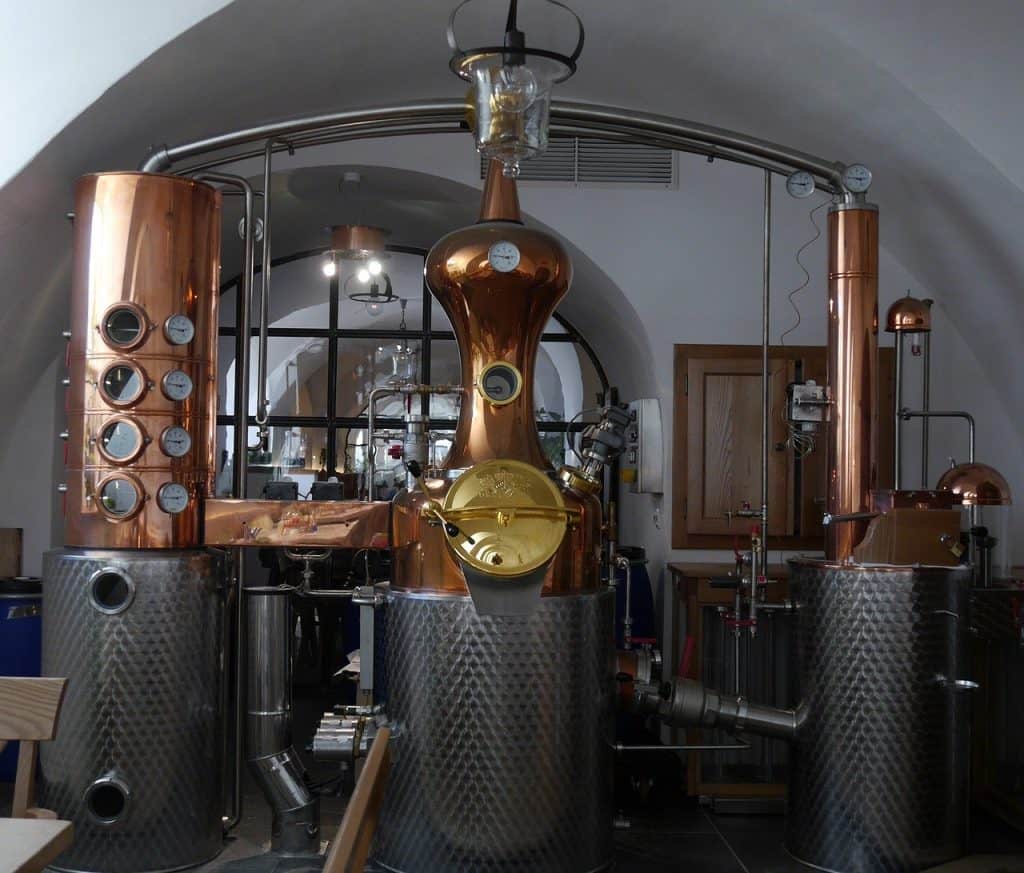 When making moonshine, distillation is usually the last process. Distillation is done on already prepared and fermented mash. This is done to extract ethanol. Ethanol has a boiling point of 172 °F (77 °C) which is lower than that of water which is 212 °F (100 °C). When the mash is heated, ethanol will be the first to boil and vaporize, a process that separates it from water. It is then extracted by condensing the vapor and collecting it in a jar.

Before you begin any process, it is important to prepare the equipment that you will need for the process. These include:

To make the mash you will need

With your mash water, it is now time to make your moonshine. This step is certainly less involving compared to preparing the mash and yes, you ought to be excited having come this far. Secondly, coming this far and ready to proceed could only mean that you are doing this legally or so we hope.

Note that you already have your alcohol from the mash. The purpose of the distillation process is to separate your alcohol from other compounds in your mash liquid. Turn your source of heat on and bring the temperature up to 150 °F (65.6 °C) then turn on your condensing water. It will start dripping on the condenser to cool it. As it does, increase the heat until the first run of distillate is produced. This should be at around 190-200 °F (87.8-93.3 °C) temperature. Now turn down the heat until you notice your distillate dripping steadily at 3-5 drips every second. When this is achieved, maintain your heat at this temperature.

Ideally, you need to be collecting the distillate when it starts dripping steadily. Caution, never use a plastic container to collect your distillate because it contains BPA which can contaminate your distillate. it is advisable to use a glass container.

Distillation takes place in phases as explained below.

Secondly, collect and get rid of the first about 5% of your distillate. This is known as foreshot and may contain methanol and other congeners which is risky to ingest as it is known to cause blindness.

After the foreshots, the next 30% of your distillate which is still not pure but less dangerous compared to the foreshots is known as the heads. The heads feature a characteristic smell and volatile substances like acetone, acetate, and acetaldehyde which makes its taste not so good. It should also be poured out and not consumed.

As the name suggests, this is the heart of your distillate and the best as it is pure ethanol with neither contaminants nor the smell found in the heads. The hearts will be the next 30% of the distillate.

As you come to the end of the distillation process, into the last 35% of your distillate, you will be collecting the tails. It takes some experience to cut the heads from the hearts and the hearts from the tail. With time and practice, you should achieve this by both your sense of smell and taste.

The tails taste rather flat without the rich taste of corn found in the heart. The tail contains carbohydrates and proteins as well as fusel oils like butanol and propanol which gives it an oily slippery feel on your fingers. You have the option of getting rid of the tails or distilling it further.

Once you are done with the tails, your still will be empty once again. Strip off the copper mesh and soak your column in vinegar. Once done, clean your still and dry it thoroughly before storing it away. Equally, clean your thermometers, containers, and hydrometer and store them.

Don’t toss away your copper mesh just yet. You could use it a couple of times more. Clean it up, dry it thoroughly, and keep it for the next use.

When making moonshine at home, here are some tips to observe.

In addition to this, you can also learn brewing and distilling via online distilling courses.