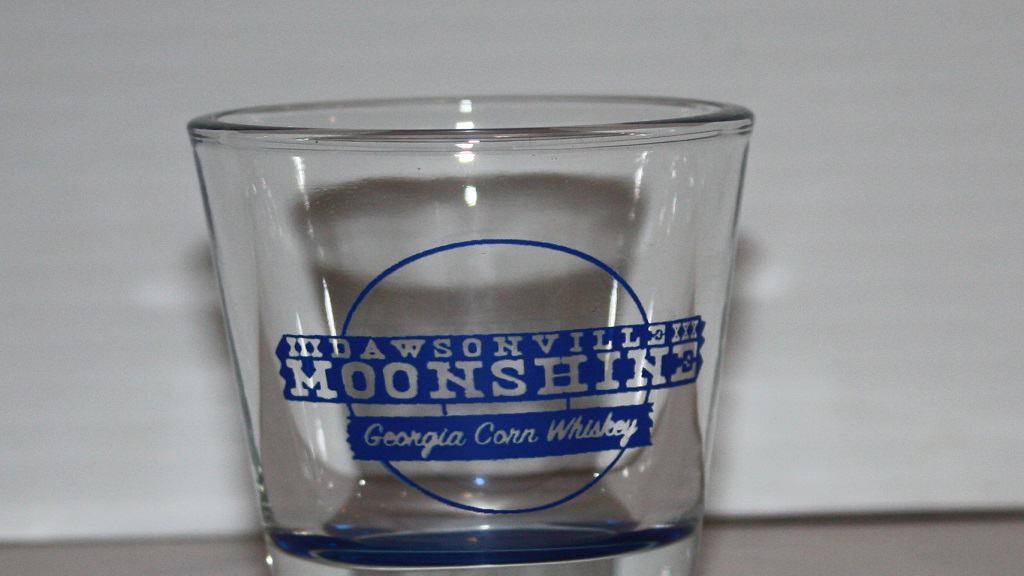 Moonshine is defined as illegally made high-proof alcohol. It is home-made in many cases. Moonshine, a term first used in Britain derives its name from the fact that these spirits were not only distilled at home but also at night under the “shine of the moon” out of the glare of the authorities. However, since today we have legal moonshine made by commercial distillers, its definition has slightly changed to the process of making high-proof spirits. It is quite normal to walk into a liquor store and find moonshine being sold.

Moonshine has other names, mountain dew, hooch, shiny, choop, panther’s breath, white liquor, white lightning, corn liquor, bathtub gin, popskull, rotgut, white whiskey in the English countries and many other nicknames in other countries. Moonshine is different from whiskey. While whiskey is strictly made from grain and aged in oak, moonshine can be made from other ingredients that can be fermented, secondly, moonshine is not aged but served straight from the still. 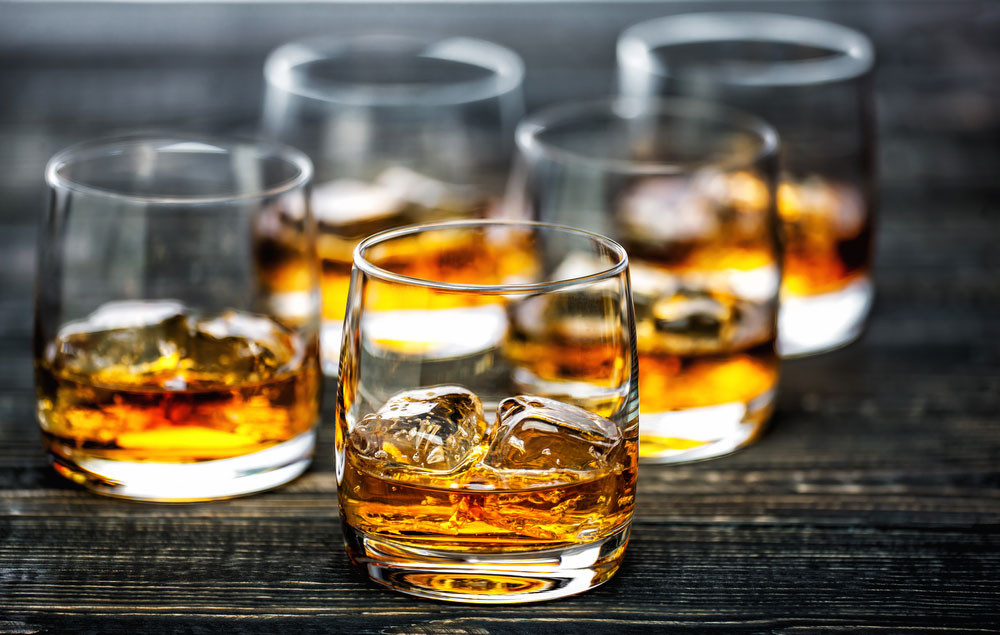 Moonshine distilling began in the years just before the revolution when migrants were moving into Northern America. Among the migrants were the Germans, English, and the Scotch-Irish who came from the Northern parts of Ireland from a strong background of moonshining. Moonshining was already well established in England in the 18th century. As the Scotch-Irish settled at the base of the Appalachian Mountains, they did what they knew how to do best, they built whiskey stills which they used to distill spirits. These spirits were sold for cash or traded for other items. Another reason why moonshining thrived in Appalachia because of its poor road network. Transporting whiskey was of much more value than transporting the bulky corn harvest. For nearby states known for corn production, the moonshine culture was welcomed as it made use of excess grain after milling to avoid wastage.

It is at this time that ‘runners’ or ‘bootleggers’ gained popularity. These are individuals who distributed moonshine to other parts of the country illegally. Bootleggers were famous for modifying their vehicles to increase speed and their load capacity with powerful engines and expanded interior space.

Liquor taxes and the whiskey rebellion 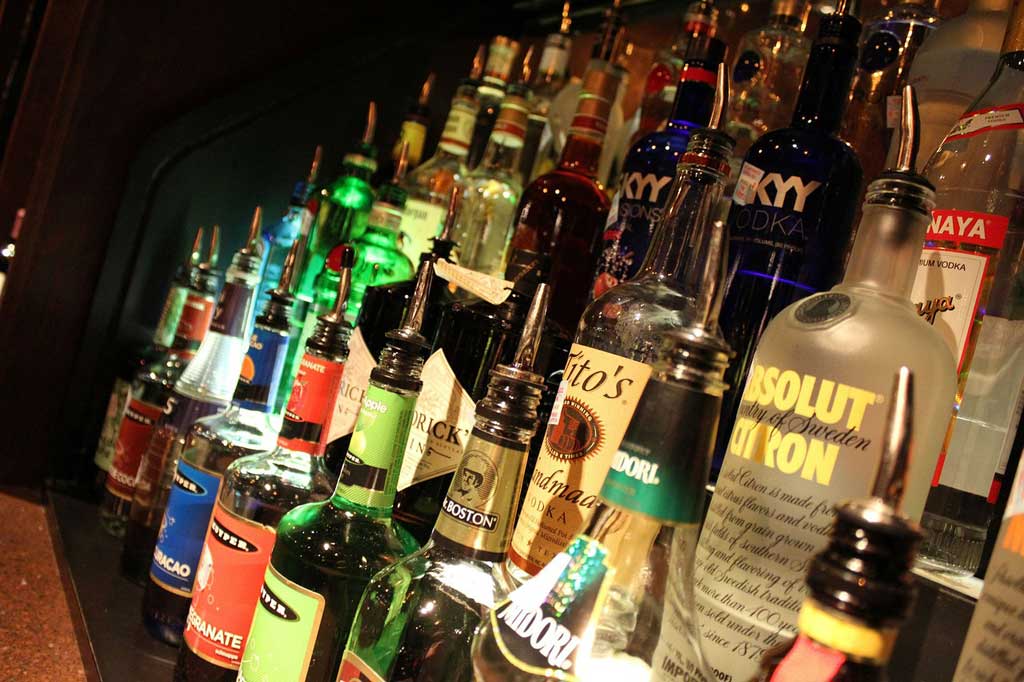 It was at this same time that the American economy was almost on its knees as a result of the revolution. In 1791, congress imposed ‘the whiskey tax’ on all liquor made in the country as a way of reviving the economy. Under this law, large-scale distillers were to pay 6 cents in tax per gallon of whiskey with an opportunity of getting a tax break if they produced more. The small distillers, on the other hand, were to pay nine cents for every gallon of whiskey they produced. The result:

The latter invited a US marshal who stepped in to claim taxes owed to the government. In retaliation, about 500 men descended on the home of the tax inspector general of the area which led to their commander being killed. What followed was a protest of more than 6000 people thus the whiskey rebellion began in 1794. Through seven years until the tax law was repealed in 1801, tax officers faced serious hostility and attacks from the very people they were to collect tax from. 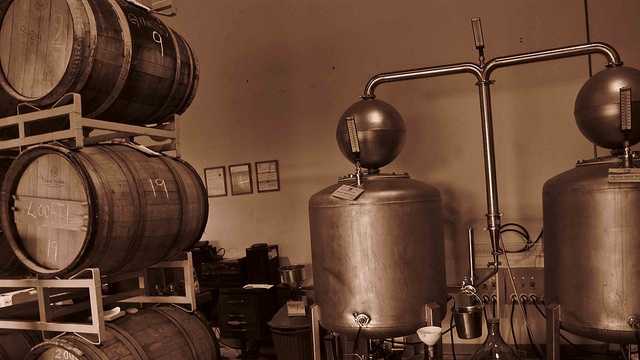 Up until 1860, it was not illegal to produce moonshine, whiskey production remained legal and was practiced widely. On the other hand, the repealed tax law was still in force even though moonshiners continued to find a way of evading taxes even if it meant violence to revenuers.

As moonshine production continued legally through the years, it grew to become associated with the degrading values and increased violence in the society. Campaigns by religious institutions, demonstrations, public addresses, speeches, and other instruments were all directed against whiskey consumption in what was known as the temperance movement.

1860 saw a renewed drive from the government to collect taxes. This was mainly to fund the civil war that took place between 1861-1865. In a bid to strengthen their retaliation, moonshiners and Ku Klux Klansmen (popularly known as KKK) joined forces to fight against revenue collectors and locals who gave them away. However, this only grew resentment against moonshiners.

By 1900, banning alcohol altogether had gained momentum. Some states had gone ahead to do so by outlawing production, sale, and consumption of alcohol. By 1920, the 18th amendment which prohibited alcohol went into full force in the entire nation. This was a blessing in disguise to moonshiners as the absence of legal alcohol created an avenue for them to make a killing.

To keep up with the demand however, a lot of poorly produced moonshine was now being sold to desperate consumers, some who died or were affected by ill-prepared moonshine which contained methanol. Instead of crime reducing, organized crime increased particularly in the camp of moonshiners.

The end of prohibition - the 21st amendment 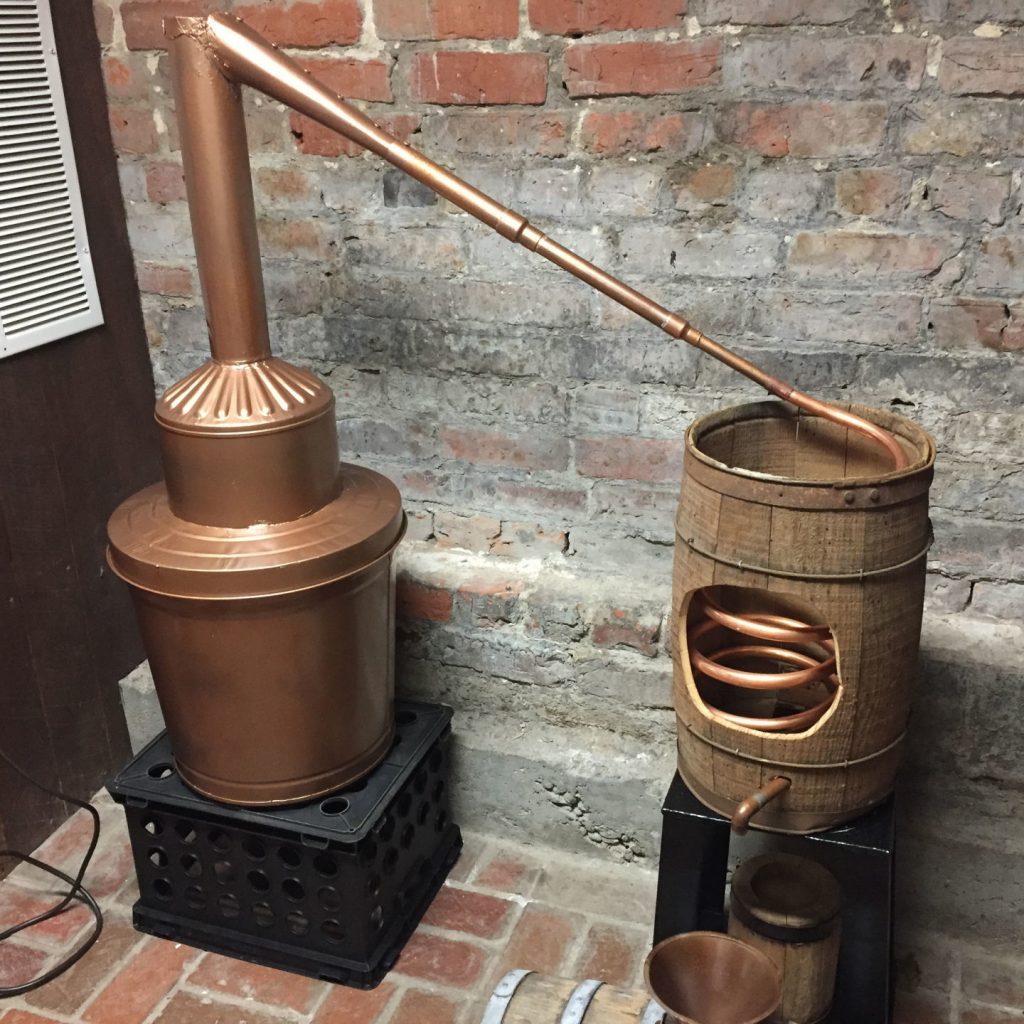 With increased crime and consumers’ lives being in danger, the Federal government was forced to repeal the 18th amendment. This happened in 1933. It marked the end of the prohibition and as well the end of the short memorable moment of glory for moonshiners. Most importantly, it allowed distillers to produce and distribute low-alcohol beer and wine and in addition, gave the federal government more control over their production.

The repeal of moonshine prohibition certainly brought moonshiners back to their broke selves. They, however, never stopped evading tax and organized crime never did stop although it reduced to some extent.

Bootleggers had to find other means of spending their time and NASCAR was birthed, whose impact on the local community can be good or bad depending on where one stands. Some got an opportunity of sharpening their driving skills in this newfound sport. 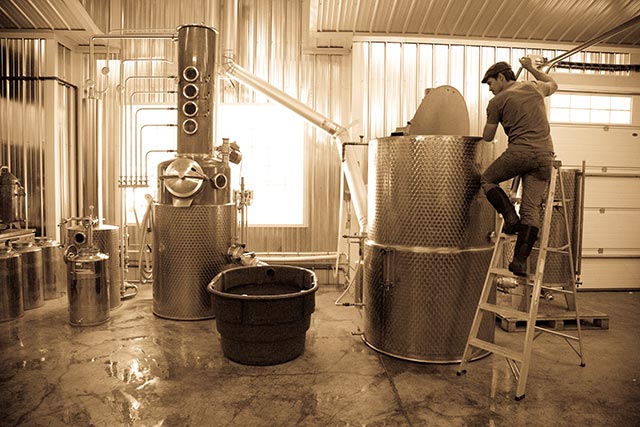 Years and even decades after the 21st amendment, some states carried on the prohibition although most if not all have ebbed out by now. Others chose to regulate this field with lawmakers focusing more on tax evasion laws and regulations and less on production. The 70s saw the legalization of brewing beer and wine in specified quantities but not distilling spirits. The latter remains outlawed to date. To be precise, it is illegal to own a still or distill spirits at home. Distilling can only be done at a commercial level and only after a still has been registered and a permit obtained.

This is not to say that illegal distilling of spirits does not happen. It does, only the regulators are more in control and fewer cases are being recorded. Most charges are related to tax evasion.

Moonshine consumption is not really risky if the shine is distilled hygienically and properly following the required guidelines. Distilling at home is outlawed simply because regulating home-made spirits can be very tricky for the government. Secondly, moonshine is very high in alcohol content, at least up to 75% which can be dangerous to consumers without proper regulations. In truth, there are no regulations governing moonshine and therefore, it is illegal in the USA, UK, and many other countries to distill alcohol at home.

On the other hand, this has not stopped people from seeking pleasures from moonshine. The popularity of moonshine is growing by the day as people turn their love back to craft-spirits. The larger commercial distillers have borrowed leaf from the tried and tested family recipes that have been passed down generations while the smaller craft distillers have resorted to creating their own special recipes for those desiring a special experience.